You are here: Home / Holidays / Sukkot / 075 Accepting Your Parameters – Sukkos and Humility 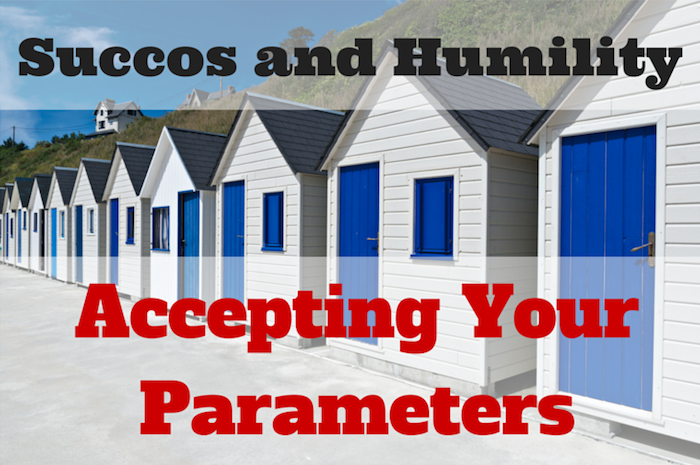 075 The Torah Podcast – Accepting Your Parameters – Sukkos and Humility

I want to start off with the Shem mi Shmuel who brings down here the war of Gog and Magog. We know that the final war before the Mashiach comes is explained in Yehezkel, and it’s called the war of Gog and Magog. The nations are going to come against Jerusalem. Rav Chai Gaon explains that this is going to happen during Sukkot. The Shem Mi Shmuel brings the Gemara in Berachos 10a that compares Avshalom, the rebellious son of Dovid HaMelech to Gog and Magog. Why? Because they’re also rebellious. They’re rebelling against God. But they’re not rebelling like the other nations rebelled because they were jealous, because they felt that they should become the chosen people. No, they’re just rebelling for the sake of rebelling. It’s completely baseless and it’s an irrational refusal to submit to the will of God. That’s the rebellion of Amalek. Just like we know Amalek came to attack us also after we went out of Mitzrayim, and they knew they weren’t going to win. It didn’t matter. They were just going to show the world that they were going to rebel. And it’s a rebellion just for the sake of rebelling. We see a lot of people have that character. That’s a tremendous character in the world today that people are rebelling just for the sake of rebelling. There are no rules. The only thing that’s forbidden is to say that something’s forbidden. It’s a philosophy in and of itself, the philosophy of rebellion. And it’s a philosophy that states that I don’t want to be bridled by any rules. I am the baal davar. I’m the boss, and I could do whatever I want. Who’s going to tell me what to do? This is my life, and I could do whatever I want with it.

The problem with that is that it’s simply not true. For example, a man cannot become a woman. He can try. He could take drugs and do operations, but at the end of the day he’s still a man. And if people want to do whatever they want, at the end of the day they destroy society, their own society. They’ll destroy themselves and their children’s lives, and their wives’ lives. If people want to kill, so they can wind up that they could get killed also. Or if people want to be sexually immoral, it could wind up they could ruin their family also, just like they were going to affect somebody else’s family, someone else will come along and affect their family. So, it’s not just hefker, it’s not a free for all. If we want society to continue in a proper and a healthy way and to have the best possible life, the answer is not to rebel. It’s to go along with who you are, and the rules of creation, and the rules of society.

The Shem mi Shmuel brings down that the arba minim, four species are against these qualities. For example he says, the three main things that we’re not supposed to do that a Jew is supposed to die for rather than do, is idol worship, murder and sexual immorality. He wants to explain that the esrog, citron, is against idolatry because we know Chazal, our Rabbis says it’s a fruit that the bark and the fruit tastes alike. It’s one. Oneness is against idolatry. And the lulav, palm branch, is supposed to contradict immorality. The lulav’s like the spine of man. And the hadass, willow, is against murder. We know that the hadass is shaped like the eye. Most murder comes about because of jealousy, and people lusting after other things that people have. He adds that the arava, myrtle which is shaped like the lips, that’s against gossip which destroys society. So, we take the arba minim in order to say no, we don’t want to rebel. We want to go in the right way. We want to control our passions for the greater good. He says that the simcha that we have during Sukkos, the happiness that we have when we take the arba minim and we take them to shul and we stand before God with them and we say, “Yes, we want to go in Your way, God. The right way, the healthy way, which we know is a healthy society, a proper society, which is for the benefit and the good of the entire world, for all of us.” And after all the work that we did on Yom Kippur to purify ourselves, to push away the temporary pleasures for the greater good which is maturity, which is understanding that’s the only way that life is going to work, so therefore we have the sukkah, because the sukkah is protection. It’s protecting us from our sins. It’s protecting us from the influence of the world. And it’s giving us a new level of consciousness that we should continue in the way we are going on Yom Kippur, and continue that way in the right direction.

Rav Wolbe explains like this. We know the halacha is that if a sukkah is greater than 20 amos, about 30 feet high, we know that it’s invalid. Why is it invalid if it’s greater, if the schach is above 20 amos? Because it’s not in the person’s consciousness, they can’t see it. When you walk around you don’t look up. You don’t see what’s above. It’s outside your field of vision. He wants to explain that Chazal is telling us a very big secret which is that the knowledge of God has a parallel to the knowledge needed to fulfill one’s obligation of sukkah. A person has to acquire a knowledge of God which is tangible, which is real. The baalei mussar called this emunas chushis, in other words your emunah, your faith is real. Just like you see the sun come up so you believe in God, it’s real. It’s not something in your imagination. It’s not something above 20 amos.

He brings the Vilna Gaon who says that the sukkah has the ability to give us this strength, these ideas that are coming in through the sukkah. The sukkah is a spiritual thing. Why? Because it’s totally unique in the sense it envelops the person. When you are in a sukkah you’re inside the mitzvah – unbelievable. You are totally inside of a mitzvah which symbolizes God’s glory, the clouds of glory and the presence of God which we are totally inside the presence of God as we live this life. And everything hashgacha pratis, everything that’s happening to us is sent by God. God’s involved with us. We’re living as if we’re living inside God. We’re living in the presence of God.

And Rav Dessler brings another aspect of the sukkah. Since the sukkah is a temporary abode, what do we do? We go outside of our houses. In Eretz Yisroel everybody sleeps in a sukkah. We’re outside sleeping in a hut. What does this tell us? He says like this. “It’s to remind us that the whole world is nothing but a temporary abode. All material pleasure and success are transitive, and our dreams of establishing ourselves in a real position in this world are nothing but fantasy.” We’re living in a dream. We think we’re going to live forever in this world. We’re going to have these big houses and castles. We’re going to build up an entire life, but after 120 you leave. Anybody with any seichel, anybody who’s really examining what is life about knows that this world is temporary. And he’s dreaming if he thinks he’s going to live forever. Nobody lives forever.

And another aspect that the Shem mi Shmuel brings by sukkos is that it is during the time of the harvest. He wants to say, “Just like physically we have a time of the harvest, we also spiritually have a time of the harvest.” He says, “It’s like a spiritual reaping. The sum total of this ingathering is the real person which represents what he made of himself after the layers of dross have been removed. And it’s the true person he’s going to be for the rest of the year.” In other words, right after Yom Kippur we go into a sukkah at that time of gathering, which means we get in contact with who we really are and where we’re really holding. After we worked on ourselves, everything has calmed down now. We’re in a state of happiness because our sins have been forgiven but at the end of the day, who are we now? Who’s the real person?

This is the difference between the Jews and Amalek. Here we are, the Jews. We’re in this sukkah. We’re humble before God. We’re willing to do His ratzon, His will. How can we possibly rebel with the awareness that we’re living in a temporary world, standing in front of God in a small sukkah. How can we possibly rebel? And where did we get this quality from? From Aaron haCohen. We know that the zechus, the clouds of glory which we have during sukkos which a sukkah represents which is the clouds of glory, come from Aaron haCohen. What was the middah of Aaron? Humility. The Shem mi Shmuel says, “Aaron personified bashfulness.” This is of course, the absolute opposite of the arrogant, self-seeking nature of Amalek and his spiritual inheritors, Gog and Magog. That’s why we have the clouds of glory at the time of sukkos, because it’s the antithesis of Amalek. We’re not rebelling.

We’re humble. Anybody with any seichel, any intelligence, sees that this world is temporary and understands that for society to work, he has to go in the way of God, in the way of mitzvos, not to murder and not to steal, and not to run after immorality. How is life going to work? He’s humble, he understands that the world was made of rules – a boy is a boy, and a girl is a girl, and can’t change that. There are rules in life. That’s exactly why these people want to change all these things. What’s the real philosophy behind all the stuff that’s going on in the world today? There are no rules. We can change everything. We have science, you know? We could change everything and anything, but it’s nonsense. Man is nothing. What is man? When we move into our little sukkah we understand that we are in a temporary dwelling in a temporary life, with a small amount of influence. We are all subdued by this world and God’s standing before us, with us as His creations, and understanding that we cannot rebel. It’s not worth it to rebel. We have to live as we were created, to do the right thing, to push away our temporary pleasures for the bigger good, for the greater good. And in the end, any success that any person ever had, and any pleasure, real pleasure that a person has was by pushing away the temporary desire to rebel, to succeed in anything. 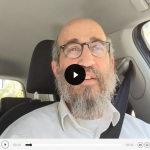 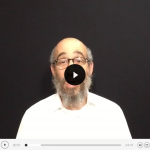 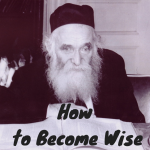 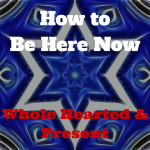 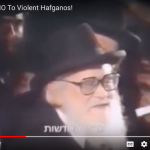 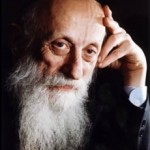 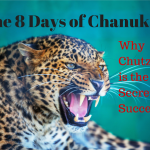 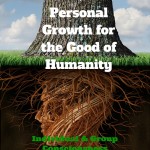 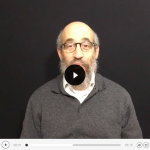 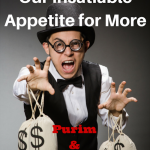 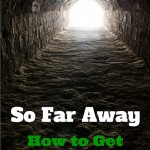 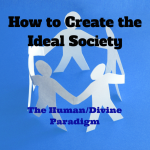 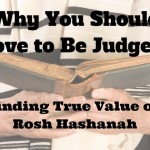 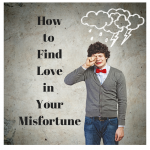 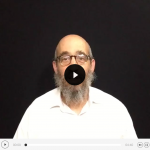 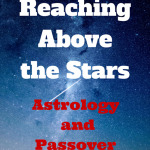 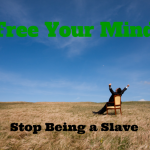 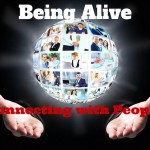 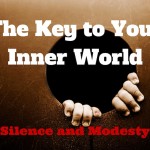 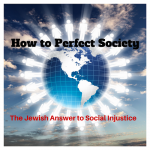 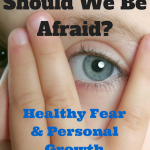 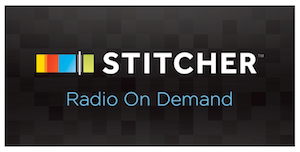